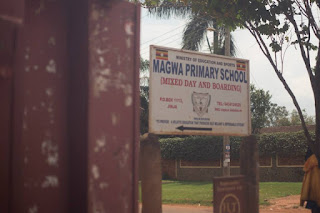 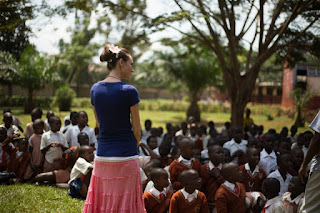 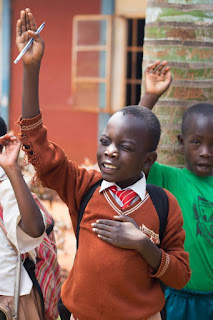 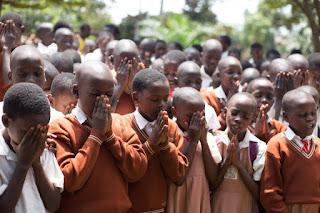 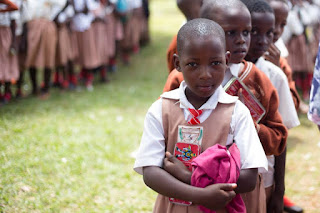 Here is a view of the day at the school from Desiree's eyes...
It was especially neat for me to be able to go to the school to see where the children learn.  I am a teacher at home in California.  The children are so happy at their school. They are so well-behaved and well taught.  We first met with the whole school and introduced ourselves.  Then the children were split into three groups by age and the team led the groups.  Each team member gave their testimony and talked about how God is an integral part of our lives.  The children also sang songs and blessed us.  After being with the children we met with the teachers and administration of the school.  We got to bless them with words of encouragement and new Bibles for their Bible club.  You could tell that they were greatly encouraged and blessed!  ...Desiree

You would all be so proud of the team...I definitely was!  So much happened in this 2 hour time span.  But the moment that stood out for me is when we first arrived in the van.  The kids were all scattered on the lawn clustered in groups of friends.  Yet, when our children of Raining Hope saw us arrived, they immediately came to the van to greet us.  It was so amazing to see our kids in their school uniforms.   They hugged us with HUGE smiles and escorted us to the school office.  You could tell they were proud to have us there visiting their school!   It just melted my heart to see our Raining Hope kids so happy at their school.  And as we left, our Raining Hope kids were the ones to escort us back to the van.  They made sure we were safely inside.  As we drove off, their smiles are what are etched in my heart.   Our children are in a great school, getting a great education.  This was an important way to start off our week of ministry.To God be all the Glory! mama kisakye!
Posted by Eydie Miskel at 7:35 AM