Update #11, June 25, 2012
So there are over 55,000 registrants to this convention.  To give you an idea of just how big it is, normally the average for these conventions is 15,000!  It was crazy yesterday!  There were so many people!  They said that the hall would only hold 25,000 people.  So, they have divided up the days as to who can come which day.  Yesterday there was a problem with the Korean transmitters that translated from English to Korean.  So today there were much fewer that came.
This is the largest convention in Lions Clubs history.  It is also the largest convention in Busan history.  They even had the Guiness Book of World Records from Korea here to formally add that to their record books!
The convention itself is going great.  I didn’t have a lot to do at the International Night Show as most of it was either in Korean language or was instrumental/musical.  They had some amazing entertainers.  There was this one young man that had been on “Korea’s Got Talent.”  He had this voice like Susan Boyle of America’s Got Talent.  His story was amazing.  He was an orphan at age 5.  He was being beat by the people raising him.  So he took off and has been living on his own since then.  He was amazing.  I actually watched some of “Korea’s Got Talent” on the TV.  You think that “America’s Got Talent” has some interesting characters!  This has been just as interesting...especially to watch it in Korean!
Something that just blessed my heart this year was the China Disabled Group that performed.  They are a group of deaf, blind and physically disabled that come together to perform in song and dance.  It was SO BEAUTIFUL!  I was just overtaken with amazement to see the interpreter lead as they followed.  The deaf could not hear but would watch as the interpreter led them through a song.  It was a picture of beauty and grace.  This is one of those times that words can not give it justice.
This year I was able to go to the concierge lounge for breakfast.  It has actually been nice as it is one of my major meals of the day.  What was funny was on the first day I ask for soy sauce as they had rice for breakfast.  The girl I asked did not know what I was asking for.  She asked another girl and she too had no idea.  I thought it strange that Korea would not have soy sauce.  Then the server finally found some!  They call it something else.  She brought it to me in a little creamer container.  What has been so sweet is every morning the same young woman finds me and just brings me the little creamer with the soy sauce!  Today I gave her a thank you card and one of the Uganda necklaces I had with me.  You would have thought that I gave her a gold necklace!  She was so happy she went running back to the others to show them.  Then she proudly wore the necklace for the rest of the time!  I have made a new friend, even with the language barrier.  She speaks hardly any English.  I think after the way I was treated in the bank, I am more sensitive to how others here may be treated by the visitors.
I have been eating some of the local foods but it has also been a challenge.  There here have not been many local places to eat right around where I am at.  The convention center actually had a McDonalds.  But when I travel out of the country, I would rather eat the local foods rather than at places we have in America.  The cool thing is in my room there is actually this hot plate stove, but no utensils or pots to cook with!  Here in the hotel there is a coffee shop with sweets.  I have found a place here in the hotel called “Yellow Ribbon” which is great pretzels!  Kiana and Heather would love it!  They have all kinds of great pretzels they make per order.  They even had these cool little pizzas.  I have resorted to this place for snacks mainly because I am making new friends there with the owners.  They don’t speak English, but we smile and acknowledge one another!
I have interpreted for 2 plenary sessions.  The keynote speaker today was Dr. Margaret Chan, Director General of the World Health Organization.  She was very informative and interesting.  I learned a great deal listening and interpreting for her.
There is one more session tomorrow morning.  It is nice that the meetings are not starting until 10 am.  They delayed the start time in order to work past the morning commute.
There is not a lot close by to see.  I have stayed at the hotel a lot during my down times.  Because I have not been feeling well it has been good to just rest in the afternoons & evenings.
After being gone for 5 weeks I am looking forward to coming home on Wednesday!  Here is my travel itinerary for you to be praying for me as I travel home:

Thank you all for journeying with me on this adventure.  I have learned a lot on this particular trip.  I look forward to telling you more when I return home! 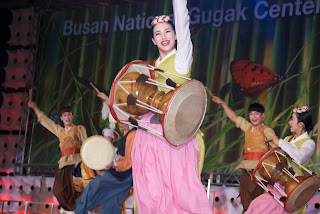 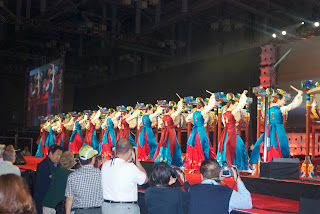 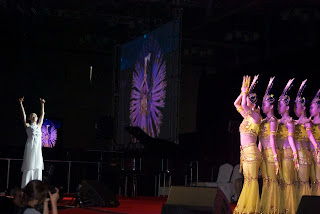 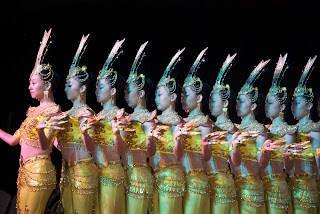